Meet us at Optech

Meet us at Optech

Meet us at NAA Apartmentalize

Email Segmentation Have you noticed that your unsubscribe rate increases with each email you send out? Sending an email one by one to your whole mailing list is a thing of the past. Instead, you need to consider tailoring your email content to your audiences’ needs and interests. Email segmentation is the process of segregating […]

Multifamily Guest Cards: Are We Paving the Cow Paths Once Again?

Prioritize Email over Social Media for Your Lead-to-Lease Funnel

With all the hype surrounding social media, it may be difficult to believe that email is more effective than social media. But if you are moving your prospects through the lead-to-lease funnel, this is indeed the case. Email has four advantages over social media: Your email has a far higher reach than on social media. […]

Use Email to Re-activate Your “Dead” Prospects

Re-engaging Inactive Prospects Agents have a responsibility to communicate with all prospects. Unfortunately, a prospect may become inactive due to many reasons: The passage of time Insufficient information Lack of incentives, etc. You need to keep your property fresh in the prospect’s mind by emailing a community update once a month. But all hope is […]

Engage Your Prospects with Events

Assuming that you have a welcomed a new prospect with an automated welcome campaign, your next goal is to engage them with your community. We’ll give you ideas on how to do this using community events. Use the power of email list segmentation to invite prospects that have not yet scheduled a tour. In addition […] 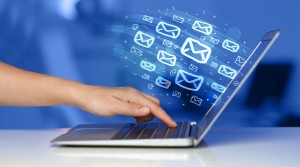 Ever wondered, “How can I spend less time chasing leads and get more leases?” Let email nurturing do the work of “chasing leads” while the leasing agents spend their time closing leads that are ready to sign up. Hy.ly is constantly thinking about this challenge. We have witnessed many different approaches and one of the […]